According to the Australian Government’s National Blockchain Roadmap, blockchain tech will be worth as much as US$175 billion by 2025 and surge to $3 trillion by 2030. The potential is enormous, but it’s important to take a step back and remember that the technology is still in the early stages.

At present, blockchain can be compared with the internet of the late 1990s and early 2000s: everyone is talking about future applications but there are plenty of hurdles to overcome before these will be a reality.

Much like the early  days of the internet, blockchain development is moving faster than regulators can keep pace, incumbents are scrambling to avoid being disrupted, and the industry is crying out for blockchain-savvy talent.

We spoke with Dominic Gluchowski (CMO at CoinJar) and Simon Callaghan (Head of OTC Markets at Celsius) to learn more.

Blockchain will introduce rapid innovation in a conservative sector, increasing efficiencies around the movement of money and provision of financial services.

Both Gluchowski and Callaghan believe decentralised finance will be blockchain’s biggest impact in the near future, offering users better interest rates than traditional banking.

“Blockchain has lowered barriers of entry for parties wishing to participate in decentralised finance”, says Gluchowski, “and will mean people can share custody of assets like a home or car. We’ll soon see assets registries (such as land titles) streamlined and automated through blockchain, along with the way insurers do business. Blockchain will also allow multiple parties to provide secure lending against assets, rather than just one bank.”

Callaghan agrees: “When we put our money into a traditional bank, they either pay no interest or very, very low interest. You even have to pay fees for some bank accounts. In other words, customers are underwriting the banks’ ability to lend, create credit cards and offer loans. Decentralised finance will really disrupt the financial services sector. It’s about shifting that power back to the customer.”

Another major friction in the financial sector is identity verification. Blockchain is one of several technologies with the potential to enable digital identity, where users can choose to share data with other parties. While some countries (notably Estonia) are leading the way in digital identity, Australia is currently creating a framework.

Indications suggest Australia’s major banks are moving to avoid being disrupted by the technology. “Westpac Reniventure has invested in blockchain, as have NAB and CommBank ventures”, says Callaghan. They’re very aware of the space and the threat it presents to their business model.”

U.S. banks are moving faster than Australian counterparts. JPMorgan has recently partnered with Greyscale, Goldman Sachs has filed an application for a decentralised finance and blockchain ETF, while Citibank is using blockchain for cross-border settlements.

Gluchowski believes the major Australian banks will wait until the technology matures. For the present, this leaves the space wide open to SMEs. “I can see a large number of blockchain startups, all working on tackling various parts of the financial services ecosystem. When the big banks make their move, they’ll probably come up with something holistic”.

According to the National Blockchain Roadmap, around 93% of blockchain activities have been undertaken by SME organisations with 1 to 200 employees.

Callaghan predicts the way forward for banks and blockchain SMEs is a partnership approach. “The banks have by far the largest access to customers, so that’s how Australians will best be served”. Through these partnerships, banks are likely to offer cryptocurrencies on their platforms, streamline identity verification, and tokenisation of assets.

Gluchowski adds that a startup will need to bring their product to a very compelling level before banks will be interested in partnering: “It can’t just be a slight improvement, because the bank has its own projects and priorities”.

Two key hurdles that will need to be overcome before blockchain can mature are regulation and talent.

While Australia has clear and workable anti-money laundering and counterterrorism finance regulations, the blockchain regulatory landscape is causing frustration. “Where we see the hurdles are in licensing: where blockchain tokens are classified as managed investment schemes, or when financial services licenses are required for certain activities. It’s unclear at present”, Gluchowski notes. “It would be great to see new regulations to allow tokenisation of assets as well”.

"The lack of clarity in Australian regulation is an impediment to the development of blockchain - in stark contrast to countries like Singapore which has nurtured innovation. Consequently, there's a talent drain in favour for countries that are running more projects, with better regulatory security".

In this last week of July 2021, Blockchain Australia submitted a paper seeking to solve these issues by asking the federal government to provide “safe harbour” for cryptocurrencies.

The nature of blockchain means governments here and overseas will always be playing regulatory catch-up. For example, blockchain will allow for shares to be traded on stock exchanges 24/7, every day of the year. This has the potential to break several rules, but it’s something regulators will have a lot of trouble shutting down.

“Regulators can’t hope to be as dynamic as the tech industry”, says Callaghan. “They will always be reactionary – that’s not a negative comment, just a reality. Ultimately, blockchain partnerships, customers and free enterprise forces government to respond with regulation.”

Callaghan is concerned the government may lean towards over-regulation of blockchain. “Regulators need to respect Australian adults enough to let them make decisions with their own money. Yes, there are dodgy crypto products out there, but there are also very risky derivative markets.”

There is no ready pool of good blockchain talent in a very new industry.

“There’s competition right now for developers across the board”, says Callaghan. “Closed borders and COVID have exacerbated the problem, but IT has always cried out for talent.”

Gluchowski says that CoinJar doesn’t ask for blockchain experience when hiring: “otherwise the pool of candidates is very slim”.

Callaghan believes that the best way to develop talent at the moment is on-the-job. “Build talent by starting with a small blockchain project that can be implemented easily within regulations. People will learn the skills in-house and through partnering with the right companies. This provides any business with the opportunity to develop blockchain talent internally.”

Gen Z are naturally attracted into the blockchain/crypto space because they’re interested in new technologies and alternative finance as a form of investment and security. “People working in blockchain and crypto are typically investors themselves, Callaghan says.

“Blockchain is a lifestyle, not a 9 to 5 job. It isn’t a great career for work-life balance … but it does breed passion”.

You can hear more on this topic at APAC Blockchain Conference 2022, don´t miss out on this timely discussion. 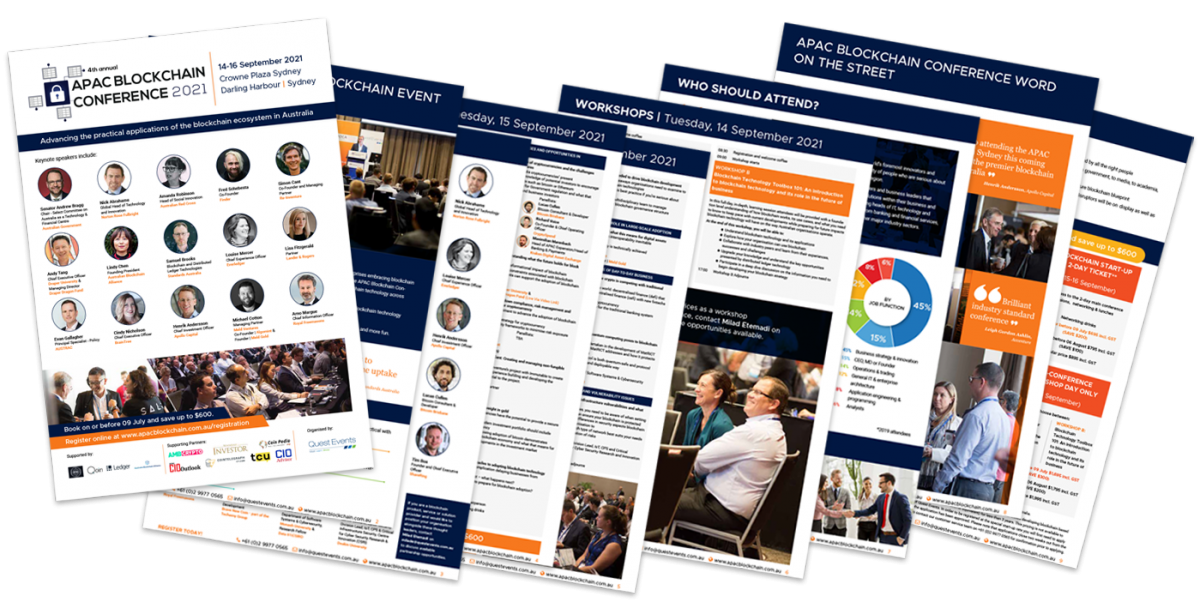